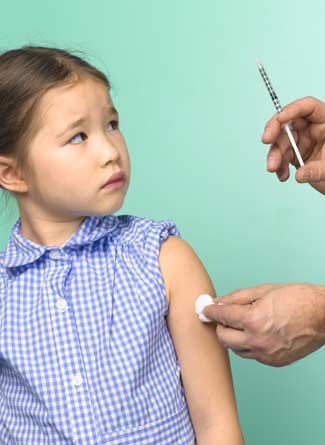 In response to IVAC’s letter to Senator Don Harmon regarding any changes in vaccine exemptions, IVAC received a letter from the Attorney General stating…

This determination is issued pursuant to section 9.5(c) of the Freedom of Information Act (FOIA) (5 ILCS 140/9.5(c) (West 2012)). For the reasons stated below, the Public Access Counselor has determined that no further action is warranted as to this matter.

Senator Harmon referred our letter to the Illinois Senate:

With that said, Senator Harmon has requested that I respond to your request as a constituent inquiry. As you may know, Senator Harmon—like all members of the General Assembly—receives numerous requests of various types from his constituents. While Senator Harmon and his staff employ their best efforts to respond to each of these requests, the nature of certain requests are beyond the purview of his office, and the resources provided to legislators to serve all of the constituents in their districts are not unlimited.

As a matter of courtesy, please find responses to your questions below. Please direct any future questions or requests for public records that you may have involving the Illinois

b) What bills are before the legislature regarding exemption change?

None at this time.

2) Is this an attempt to change Illinois?

c) Administrative Code-Public Health College Requirements Sec. 694.210: Religious Exemption. According to the Illinois Department of Public Health, this issue has not be discussed but would most likely follow the Sec. 695.30 language at a later date.

3) What are the IA C members’ names, addresses, job titles and service dates?

-Sub-committee requests a document should be signed by the parent stating specifics on religious beliefs, by vaccine. The medical provider should also sign the document.

-The form can’t be used for philosophical or personal reasons.

-Discussion around who completes the document (Waiver) first? Agreed.. .parent followed by provider.

-Additional language suggested by Dr. Chugh …. and others in the community. -Suggest to review the form again (Dr. Daum).

-Discussion on ownership of documents “should stay with the local school authority as the law is written”. Final decision still under discussion. Potentially a joint ownership between ISBE and IDPH.

Jan Daniels made a point that this requirement should also be required for students coming in from out-of-state at any grade level.

-Discussion that the form should be annual.

-Dr. Daum commented that he does not want too much information because the parent won’t read it.

-Tasks to be done by next meeting include certificate with signature, finalize instruction sheet, and provider talking points,

-Jan Daniels provided information on submitting a medical exemption, how it should be routed, what it needs to include, etc.