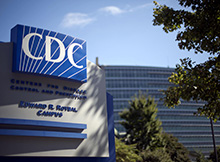 The biggest measles story in the last six months is that of Centers for Disease Control (CDC) whistle blower William Thompson’s statement that in a 2004 study he co-authored, information was omitted linking the MMR vaccine and autism in African American males. Mainstream media keeps reporting on the safety of the MMR vaccine but is silent on this conflicting story. Mr Thompson has turned papers over to Rep. Bill Posey (R-FL) to investigate the CDC.

August 27, 2014 Press Release, “Statement of William W. Thompson, Ph.D., Regarding the 2004 Article Examining the Possibility of a Relationship Between MMR Vaccine and Autism”

STATEMENT OF WILLIAM W. THOMPSON, Ph.D., REGARDING THE 2004 ARTICLE EXAMINING THE POSSIBILITY OF A RELATIONSHIP BETWEEN MMR VACCINE AND AUTISM

My name is William Thompson. I am a Senior Scientist with the Centers for Disease Control and Prevention, where I have worked since 1998.

I regret that my coauthors and I omitted statistically significant information in our 2004 article published in the journal Pediatrics. The omitted data suggested that African American males who received the MMR vaccine before age 36 months were at increased risk for autism. Decisions were made regarding which findings to report after the data were collected, and I believe that the final study protocol was not followed.

I want to be absolutely clear that I believe vaccines have saved and continue to save countless lives. I would never suggest that any parent avoid vaccinating children of any race. Vaccines prevent serious diseases, and the risks associated with their administration are vastly outweighed by their individual and societal benefits.

My concern has been the decision to omit relevant findings in a particular study for a particular sub­ group for a particular vaccine. There have always been recognized risks for vaccination and I believe it is the responsibility of the CDC to properly convey the risks associated with receipt of those vaccines.

I have had many discussions with Dr. Brian Hooker over the last 10 months regarding studies the CDC has carried out regarding vaccines and neurodevelopmental outcomes including autism spectrum disorders. I share his belief that CDC decision-making and analyses should be transparent. I was not, however, aware that he was recording any of our conversations, nor was I given any choice regarding whether my name would be made public or my voice would be put on the Internet.

I am grateful for the many supportive e-mails that I have received over the last several days.

I will not be answering further questions at this time. I am providing information to Congressman William Posey, and of course will continue to cooperate with Congress. I have also offered to assist with reanalysis of the study data or development of further studies. For the time being, however, I am focused on my job and my family.

Reasonable scientists can and do differ in their interpretation of information. I will do everything I can to assist any unbiased and objective scientists inside or outside the CDC to analyze data collected by the CDC or other public organizations for the purpose of understanding whether vaccines are associated with an increased risk of autism. There are still more questions than answers, and I appreciate that so many families are looking for answers from the scientific community.

My colleagues and supervisors at the CDC have been entirely professional since this matter became public. In fact, I received a performance-based award after this story came out. I have experienced no pressure or retaliation and certainly was not escorted from the building, as some have stated.