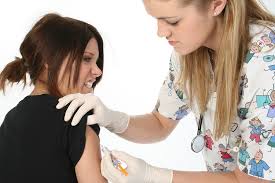 When this issue went to press, six healthcare workers fired for refusing mandatory flu shots for religious reasons won back pay and offers of reinstatement from Saint Vincent Hospital in Erie, PA, according to published reports.1

The case could have implications for the increasing number of hospitals requiring influenza vaccination as a condition of employment, as the hospital agreed to compensate the workers some $300,000 for lost wages and compensatory damages after the U.S. Equal Employment Opportunity Commission (EEOC) filed suit in September 2016.

Saint Vincent representatives could not be reached for comment as this story was filed, but a statement cited in media reports and attributed to the hospital’s corporate parent, Allegheny Health Network, states, “The consent decree filed this week between the EEOC and Saint Vincent Hospital does not constitute any admission of violations by Saint Vincent or a finding on the merits of the case. Although we have vigorously and respectfully disagreed with the EEOC’s position and characterization of how employee claims outlined in this lawsuit were handled by the hospital, we have reached a resolution of the matter in the interest of avoiding the expense, delay, and burden of further litigation on all parties.”

In addition to back pay, the hospital system must also offer the six employees jobs comparable to the ones they held if any open within the next two years, according to press reports.

How did the hospital get itself in such a tenuous legal position? Some clues may be found in the Sept. 22, 2016, EEOC complaint,2 which cited the federal Civil Rights Act in accusing the hospital of “unlawful employment practices on the basis of religion.”

More specifically, the EEOC complaint alleges “discrimination because of religion by failing to accommodate their sincerely held religious beliefs and practices that prevented them from receiving the influenza vaccine.”

Among the faiths and beliefs cited by the workers were Russian Orthodox, fundamental Baptist, and Christian mysticism. The latter belief was cited by an RN that was also described by the EEOC as an “ordained interfaith minister and a practitioner of Christian mysticism according to the teaching of ‘A Course in Miracles.’”

“In the 2013-2014 flu vaccination period, the period in which the defendant [St. Vincent] denied the religious exception requests [of the six HCWs], defendant received 11 employee requests for exemption from the mandatory influenza vaccination requirement that identified religious grounds as the basis of the requested exemption,” the EEOC alleges in the complaint. “Defendant denied all 11 religious exemption requests.”

In contrast, some religious exemptions were granted for the 2015-2016 flu season, the EEOC stated, suggesting the agency was going to argue that the hospital policy was inconsistent. According to press reports, the consent decree between the EEOC and Saint Vincent states that the hospital, going forward, “shall not require proof that an employee’s or applicant’s religious objection to vaccination be an official tenet or endorsed teaching of any religion or denomination.” Weighing the implications of the lawsuit for employers, a law firm noted in a blog post,3 “the EEOC seems to be on a march to challenge any employer — particularly hospitals — that denies an employee a requested exemption from a mandatory flu shot for religious reasons. … [G]iven the EEOC’s aggressive position on this issue, it is critical for any employer who is going to deny an employee’s request for an exemption to, first, carefully explore what accommodations can be offered to the employees, and second, document the reasons for the denial. If disciplinary action against an employee is contemplated, you should consult your legal counsel.”

If the case had gone to trial, the hospital would have certainly played the patient safety card, though whether that would have been enough to trump the allegations of religious discrimination will remain unknown. In the historical debate about whether healthcare workers should be required to have seasonal influenza shots, sometimes the issue of whether and how much flu is actually transmitted by caregivers to vulnerable patients has been viewed with some skepticism.

For example, an oft-cited 2013 Cochrane review concluded that there were “no accurate data” supporting the vaccination of healthcare workers to prevent laboratory-confirmed influenza in long-term care residents age 60 years and older.4

However, in addition to broad consensus among healthcare epidemiologists, there is accumulating evidence that healthcare workers do, indeed, transmit flu to patients, some of whom are in ICUs and may end up dying. That’s something of a broad takeaway from a study5 presented at the IDWeek conference, as investigators with the CDC reported that 1% of flu cases reviewed were acquired in the hospital.

“Hospital-acquired influenza cases continue to occur and are likely underestimated,” said Charisse Cummings, MPH, an epidemiologist at the CDC who presented the study. “Clinicians should think to test for influenza in patients admitted for non-respiratory issues, who then develop respiratory illness during hospitalization.”

That percentage should be considered an undercount because the study design ruled out many cases for insufficient data, erring on the side of a conservative case count that was also limited by whether a provider decided to order a flu test on a given patient. Vaccination rates of healthcare workers or possible factors contributing to transmission were not assessed as part of the study.

“Hospital-acquired (HA) influenza represented 1% of patients in our hospital surveillance over four influenza seasons,” the researchers reported. “Since testing was clinician-driven, prevalence may have been underdetected if influenza was not suspected and tested. Influenza vaccination in healthcare workers and family members of high-risk persons, good hospital infection control [to prevent transmission from other patients], and limiting ill persons from visiting or working in hospitals should be encouraged.”

The study included patients from the CDC’s Influenza Hospitalization Surveillance Network from 2011 to 2015. The flu had to be confirmed by symptoms and testing more than three days after admission to be considered hospital-acquired.

Overall, 41,974 patients had flu and the researchers determined that 463 (1%) of them acquired it in the hospital. Those hospital-acquired cases included 417 adults and 46 children. Of interest regarding discussions of the healthcare continuum, 31 (7%) cases determined to be hospital-acquired had been transferred from another hospital and 66 (14%) came in from a nursing home, the researchers reported.

Overall, 91% of those who acquired flu in the hospital had underlying medical conditions, principally cardiovascular, neurologic, immunological, and renal problems.