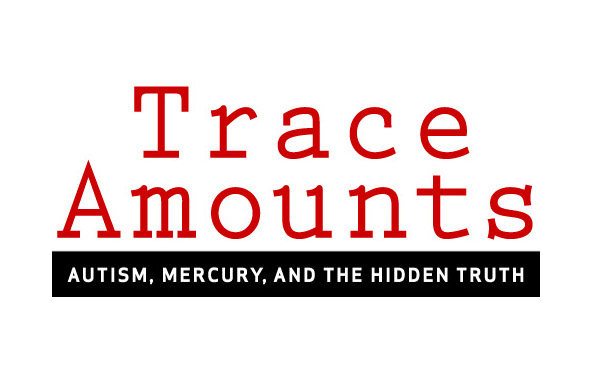 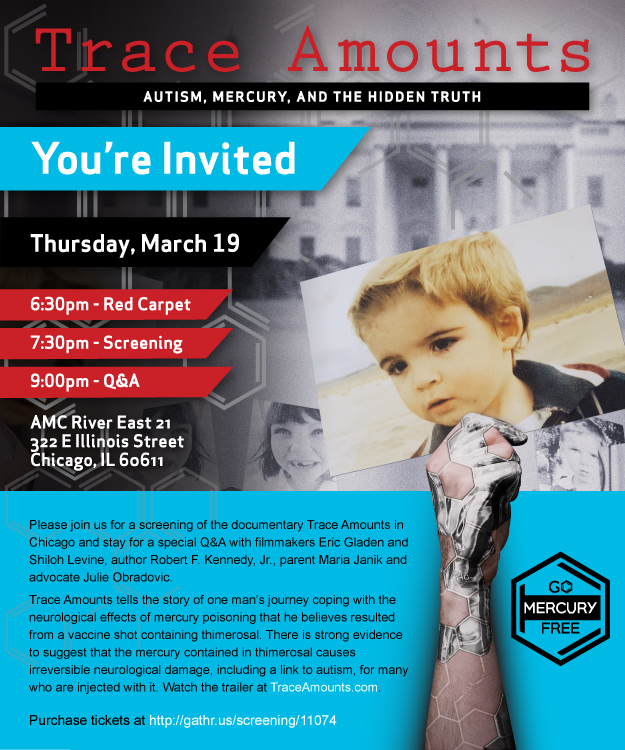 Trace Amounts is a compelling documentary film centered on thimerosal, a mercury-based preservative in vaccines that has been suspected by many as playing a primary role in the autism epidemic here in the United States and around the world. It’s a fascinating look at the debate, as well as the people and science at the center of the controversy.

Please go to http://gathr.us/screening/11074to purchase your ticket ASAP before the event sells out!

Below is the Trace Amounts trailer, for more information please visit TraceAmounts.com