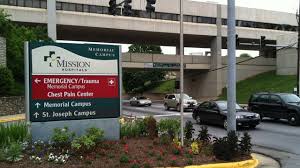 ASHEVILLE, N.C. – Mission Hospital, Inc., a North Carolina corporation based in Asheville, violated federal law when it failed to accommodate employees’ religious beliefs and fired them because of their religions, the U.S. Equal Employment Opportunity Commission (EEOC) charged in a lawsuit filed today. Mission Hospital is the main hospital in the Mission Health System.

According to EEOC’s complaint, Mission Hospital requires employees to receive a flu vaccination annually by no later than December. An employee may request an exemption to the vaccination requirement based on religious beliefs, but the hospital requires that the request be made by Sept. 1, or it is subject to being denied. EEOC said that Christine Bolella, Melody Mitchell, Titus Robinson, and other employees requested religious exemptions to the vaccination requirement, because of their various sincerely held religious beliefs, after the deadline, and were denied. Mission Hospital subsequently fired them. At least one employee was also suspended without pay prior to her termination.

Title VII of the Civil Rights Act of 1964 requires employers to make a reasonable accommodation for an employee’s sincerely held religious beliefs as long as doing so does not pose an undue hardship on the employer. EEOC filed suit in U.S. District Court for the Western District of North Carolina, Asheville Division (EEOC v. Mission Hospital, Inc., Civil Action No. 1:16-CV-00118) after first attempting to reach a pre-litigation settlement through its conciliation process. EEOC seeks back pay, compensatory damages, punitive damages and reinstatement or front pay. The complaint also seeks injunctive relief.

“Under federal law, employers must attempt a fair balance between an employee’s right to practice his or her religion and the operation of their business,” said Lynette A. Barnes, regional attorney for EEOC’s Charlotte District Office. “An arbitrary deadline does not protect an employer from its obligation to provide a religious accommodation. An employer must consider, at the time it receives a request for a religious accommodation, whether the request can be granted without undue burden. This case demonstrates EEOC’s commitment to fighting religious discrimination in the workplace.”

Eliminating barriers in recruitment and hiring, especially class-based recruitment and hiring practices that discriminate against racial, ethnic and religious groups, older workers, women and people with disabilities, is one of six national priorities identified by the agency’s Strategic Enforcement Plan.